This article is about my travel to Vietnam that highlights Vietnamese cuisine and sightseeing spots I recommend.

I had traveled to Vietnam with my family at the end of March. This was the first time visiting Vietnam for me. Everything I saw there was awesome and unforgettable. Foods were delicious, the hotel was good and accommodating. All memories in Vietnam are beautiful for me even though I’d got influenza right after coming back home.

I’d stayed in Hanoi 2days and went to Ha Long Bay for the 3rd day.
I made a short video showing some pictures in Vietnam. I hope you’ll enjoy it!

Traveling to Vietnam at the very first time 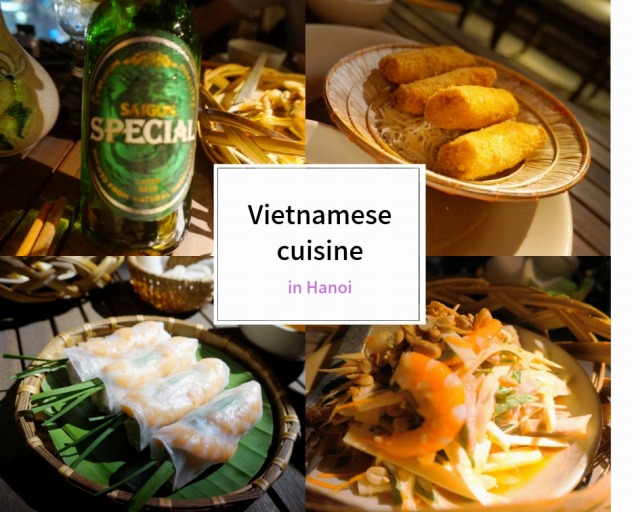 We found a good restaurant by the Hoan Kiem Lake. The cuisine and a night view were excellent.

Most popular Pho restaurant in Hanoi is here 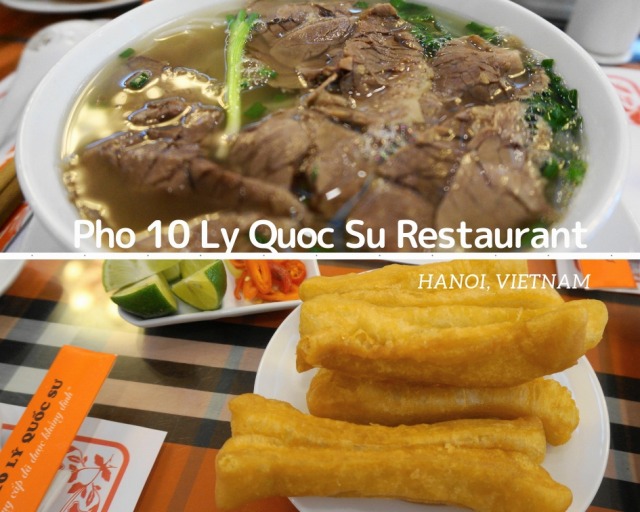 The correct way to eat fried breadsticks is dipping it in pho broth. To do so, the bread becomes soft and you can eat absorbed pho broth in the bread. 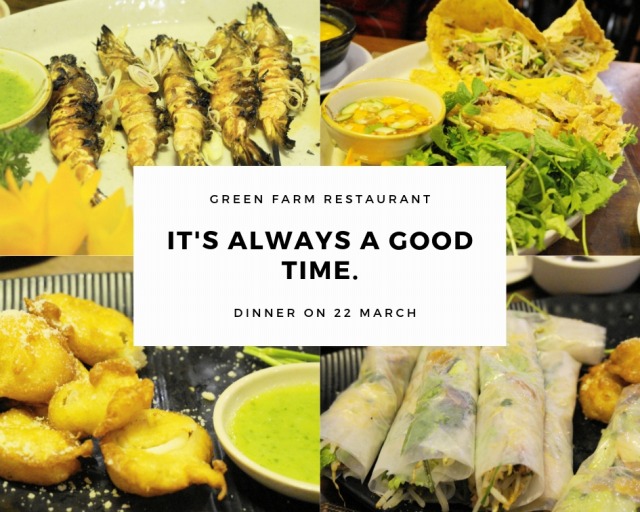 To eat the crispy pancake, first cut it into small pieces, and next, wrap them with a rice paper to make spring roll. Before eating a spring roll, don’t forget to dip it into a sauce.

Next is the video of how to get crispy pancake to spring roll. 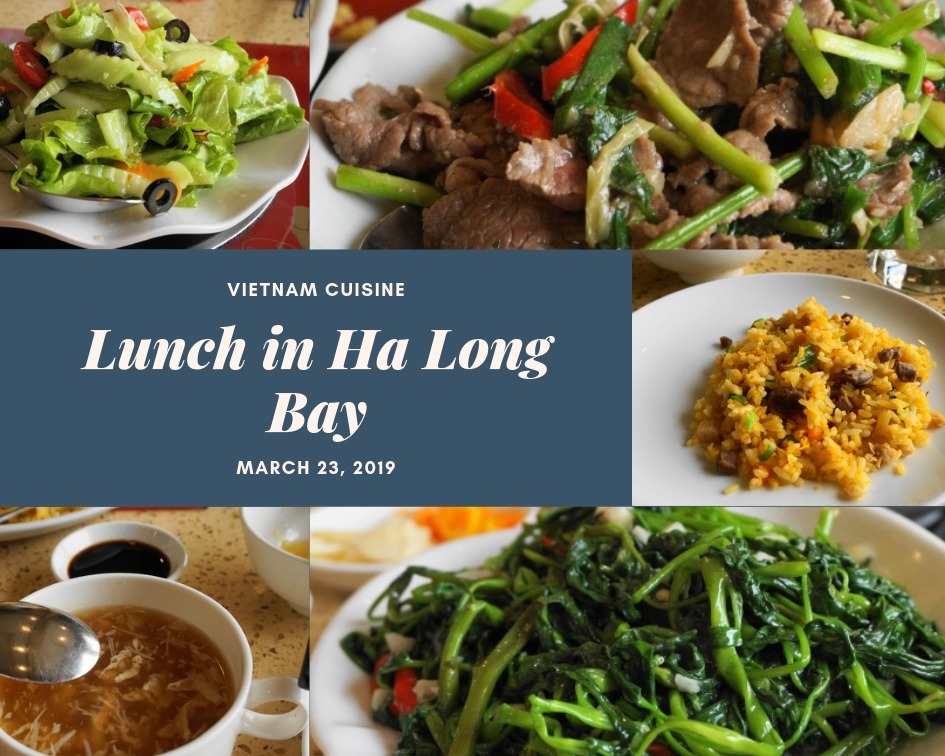 Before cruising in Ha Long Bay, we had lunch at a restaurant by the bay. In a private room at this restaurant, we could eat and talk in a relaxed manner. Foods were fresh and delicious. 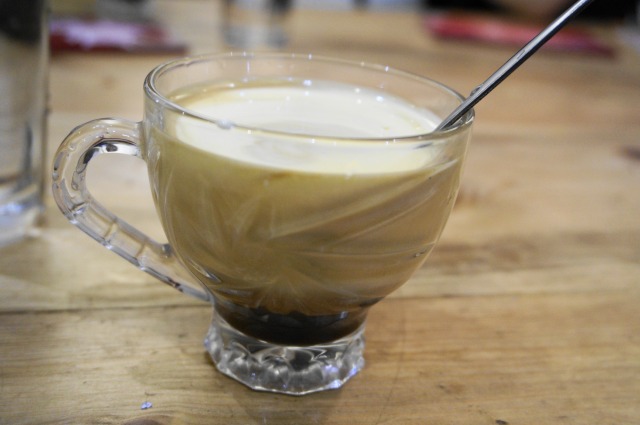 Egg Coffee is originated in Vietnam. It tastes like pudding. The ingredients of Egg Coffee is Vietnam coffee, condensed milk, and eggs. It was hot and tasty. 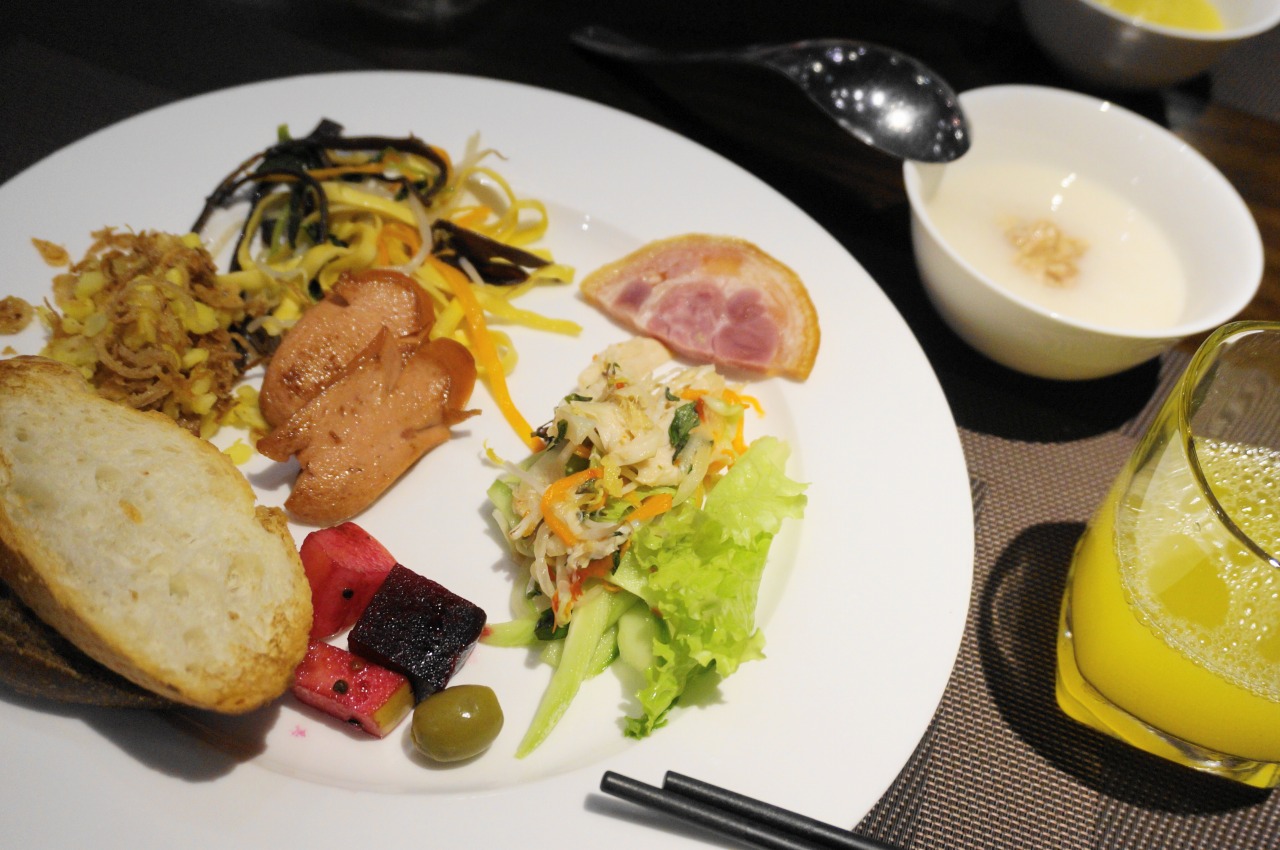 I liked the breakfast at a hotel we stayed in, especially rice porridge. There are various foods in there. I ate rice porridge every morning, during our stay in the hotel.

The hotel I stayed in was The Chi Boutique in Hanoi Old Quater. The room was spacious and comfortable. 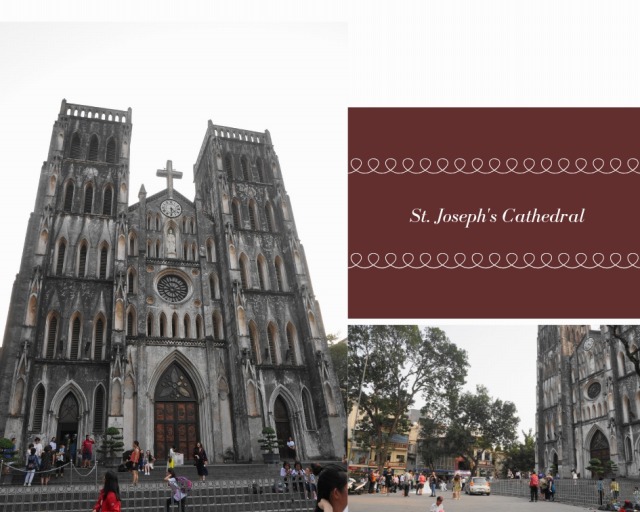 St. Joseph’s Cathedral is a church. It was built in 1886 by the French colonial government. It’s an old church but beautiful Europian architecture. The church is situated west of Hoan Kiem Lake. It is near the hotel I stayed in. It was full of local people as well as tourists and it was lively. 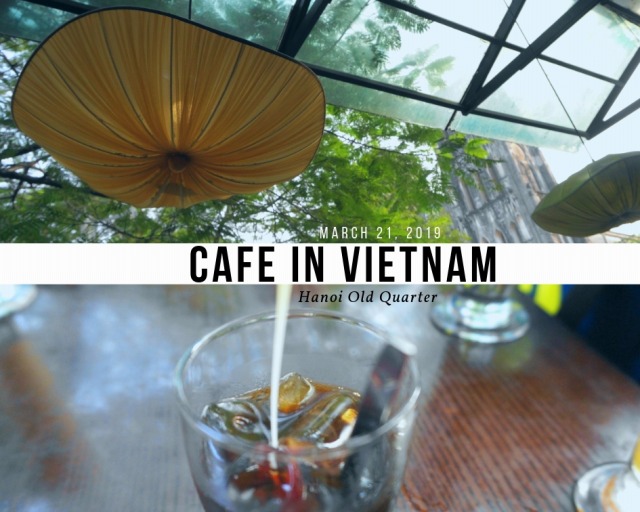 We went to the nearest cafe from the church and rest at the terrace upstairs while listening church bell for a while. It was a really good time. 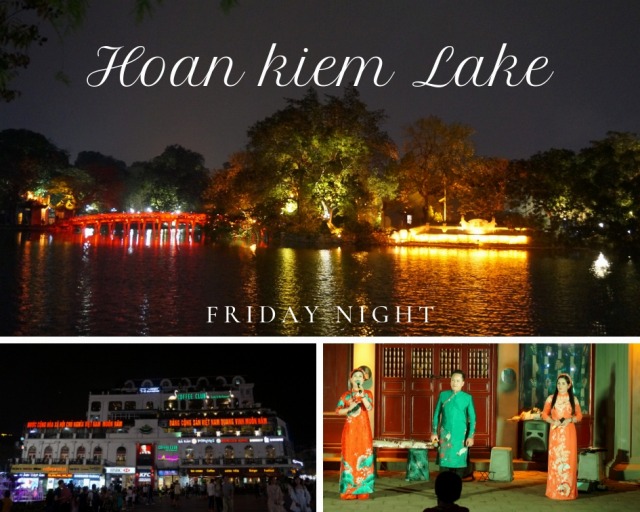 Hoan Kiem Lake is located in Hanoi. Many people visit the lake to see the scenery, do excise or take a rest. There is a legend about Hoan Kiem Lake. The legend is that the Vietnamese emperor Le Loi won a fight with Chinese using a magical sword which was given and then returned it to the Golden Turtle God in the lake. Even now, Vietnamese people love the turtle. 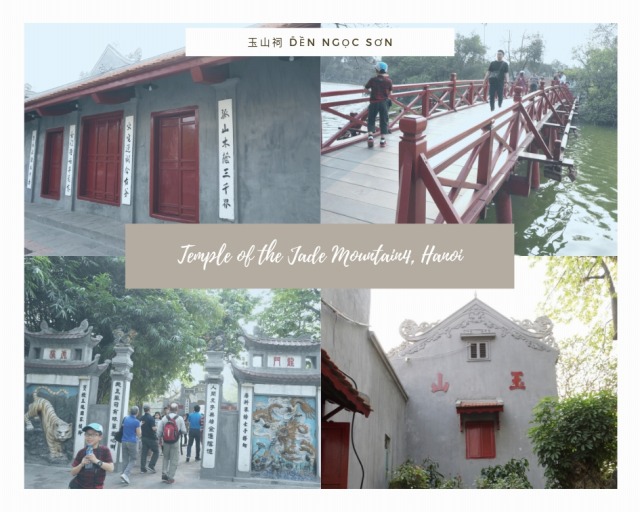 The red bridge is the way to the Temple of the Jade Mountain (Ngoc Son Temple). In the temple, you can see the specimen of a large soft-shell turtle once lived in the lake! 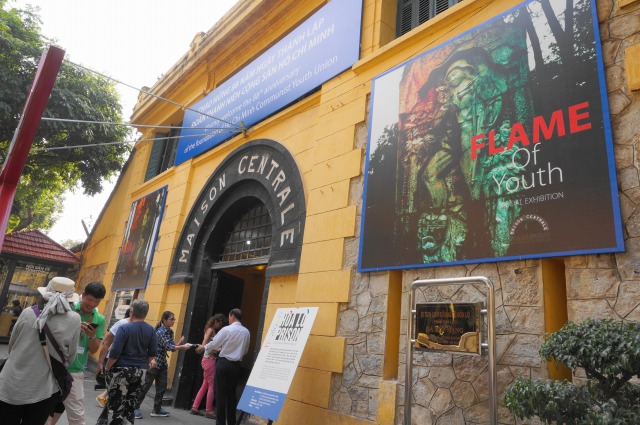 Hoa Lo Prison was one of the sightseen spots where I wanted to visit the best.

Hoa Lo Prison was built by the French colonialists in 1896. Thousands of Vietnamese patriotic and revolutionary fighters were held there. Since the restoration of peace and liberation of North Vietnam on October 10th, 1954, the Vietnamese State has used Hoa Lo Prison for criminals. During the Vietnam War, captured American pilots were caught in this prison. 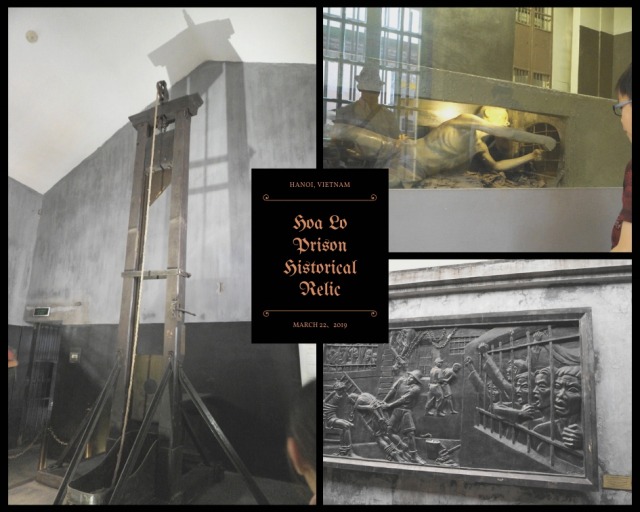 The guillotine used by French, the underground sewer that prisoners escaped through, the cells for death-sentenced prisoners, etc are being exhibited. 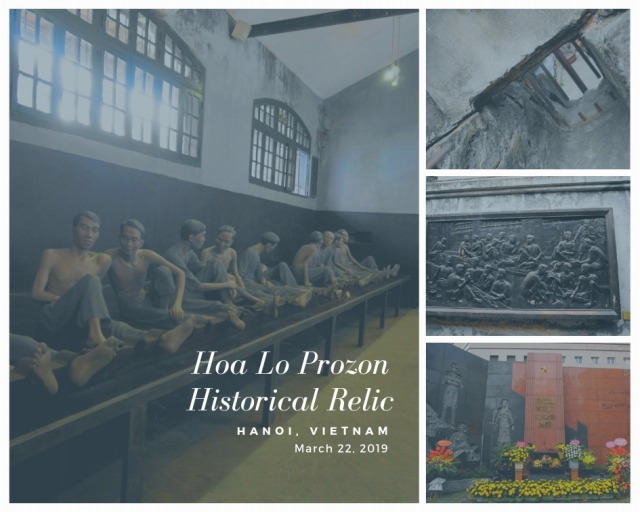 It was a scary place but on a brighter note, I have learned the history of Vietnam. It made me think the meaning of war and the difficulty to get freedom. And I can’t help but thank that I’m now living in peace. I really hope peace comes around the globe. 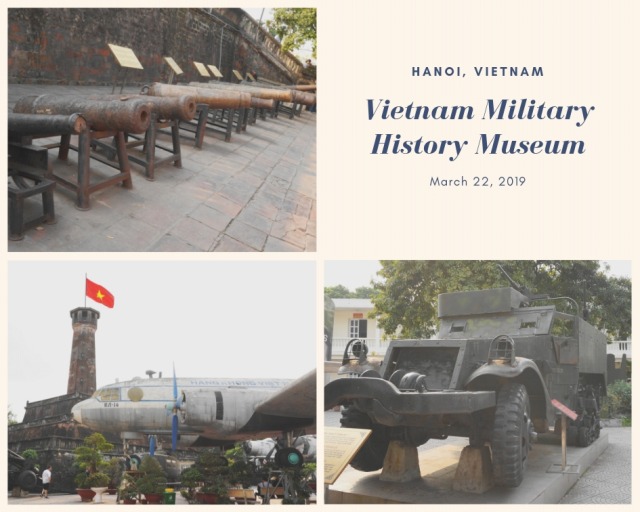 Vietnam Military History Museum was closed on the day I visited, so I could not enter inside the building. But we could enter the garden and see the exhibits in the garden. 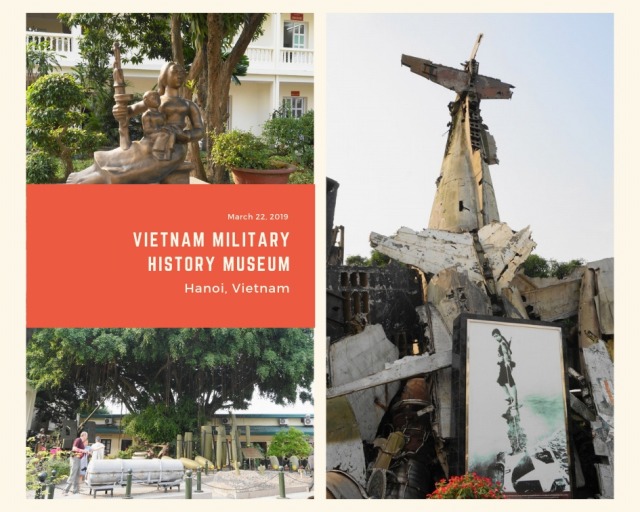 Tanks and fighter planes are being exhibited. The most impressive display was the plane wreckage and a big picture of a woman soldier pulling the wreckage.

I didn’t know that women were fighting the war the same as men.

The sightseeing of the prison and the museum was a bit heavy for my son. So we went to see Thang Long Water Puppet Theater. The puppet show is performed on the water. The Puppeteers have a rod and operate puppets from behind the curtain. The movements of the puppets look alive. I was amazed.

There are stages on both sides. On the stages, music instrument players and singers perform to moving puppets. The stories are traditional and describe Vietnamese daily life. Sometimes they are comical, sometimes they are serious. Children to grown-ups can enjoy the show even though they don’t understand the language. 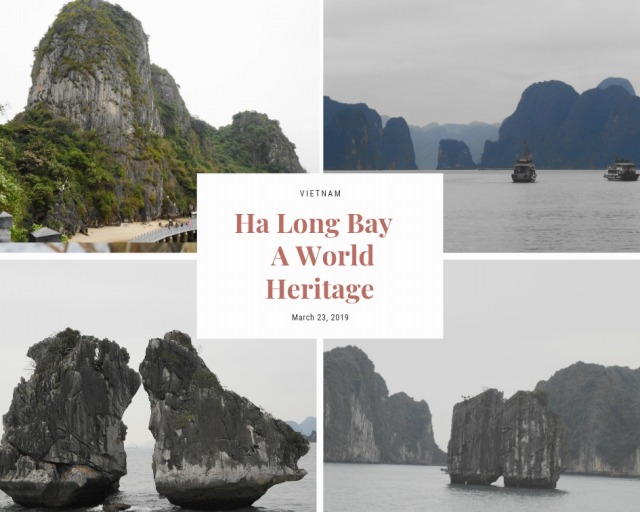 On the last day, I visited Ha Long Bay, UNESCO World Heritage Site. It’s located in northern Vietnam, 170 km far from Hanoi. It was cloudy and so cold that day. I enjoyed a short course cruising. 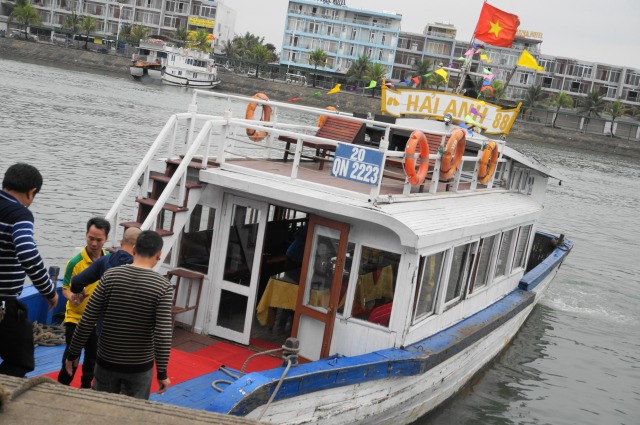 We got on a small cruise ship and off we went. There was a strong wind and we felt cold so we wanted to close the window, but the ship was very old, so the window was so tight to be closed. We were shivering all the time on the ship. 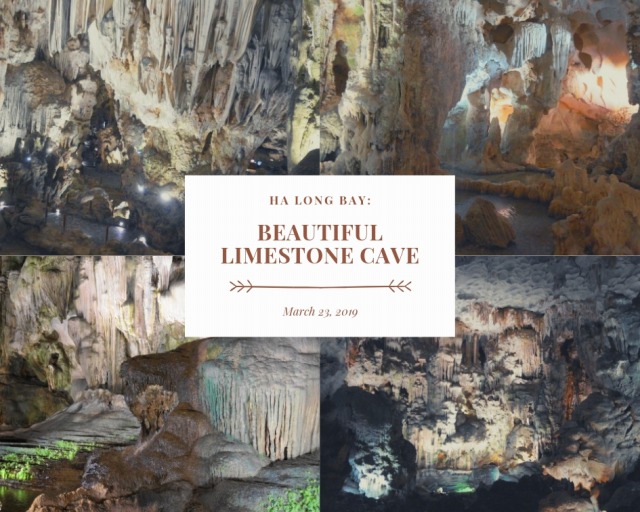 However, the scenery are beautiful, so we got out to the deck and took videos and pictures. We couldn’t stay on the deck for a long time because of the strong wind and cold. If it was a sunny day, it would have been nicer on that day.

This was my first trip to abroad with my family. Especially for my son, getting on an airplane was his first experience. Since boys love airplanes, his excitement reached max when a plane was taking off. We had a good time in Vietnam! Thank you guys who guided us all the way in our trip.